How a bitcoin is generated? Deep dive into it

You are here: Home1 / How a bitcoin is generated? Deep dive into it

Although bitcoin is very popular, there are many people who still do not understand how it works. So how is bitcoin generated?

Bitcoin was the first cryptocurrency to be successfully created. After its creation, many people choose to use Bitcoin to carry out their transactions because of the advantages it offers. Bitcoin has the largest number of users and is considered a reference currency for other cryptocurrencies.

This article will answer this question and explain the process of creating each bitcoin. To this end, it is important to understand that bitcoin is composed of three elements: software, protocol and currency. And this currency is not real in the physical sense; it does not physically exist. Now that we have determined what these processes or components are that allow us to use bitcoin as we know it, let’s look at what creates them.

The blockchain is the foundation on which bitcoin is based

The bitcoin system is run by a decentralised network of interconnected computers or nodes. These nodes process and verify every transaction that takes place on the blockchain. Bitcoin is a completely unique, innovative and different type of money, thanks to its network of nodes and blockchain technology. Anyone can join it and it currently has the most powerful computing power in operation. This is the basis on which all bitcoins in existence today were created. The bitcoin protocol, as defined in the document, describes how bitcoins are created.

A blockchain is a series of blocks linked together through a mathematical process. Each block is generated by a system called Proof of Work (PoW). The idea is that finding a feasible solution to a difficult mathematical problem that will create a new block will take so long that no miner will be able to do it alone. As a result of this proof of work, all nodes in the network are involved in finding a viable solution to a difficult mathematical problem that will allow the generation of a new block. The process, known as mining, is used to find solutions to problems … With each block discovered, the mining nodes earn new bitcoins and keep the system and the economy behind it running.

But you may be wondering what processes contribute to the generation of a single bitcoin? This is something we will look at in more detail later.

How is a unit of bitcoin generated? 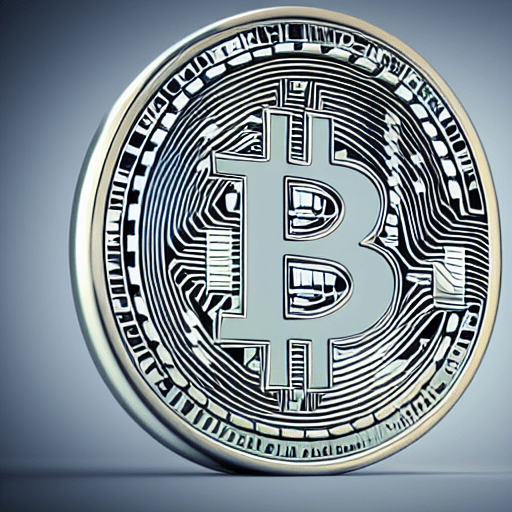 Every government has a monetary system that is responsible for printing fiat money that can be used to cover national expenses. Companies can use it to acquire goods or services. In the world of bitcoin and other cryptocurrencies (but not all), however, this is not the case. As you know, bitcoin is produced through a mathematical formula known as ‘digital mining’.

Bitcoin is an entirely digital currency that does not exist in the physical world and is decentralised, with no governments or organisations responsible for its production. In this case, bitcoin is designed and programmed to generate a certain amount of coins every 10 minutes. It is the users of bitcoin who want to provide computing power who are responsible for performing this procedure, known as mining.

The network’s mining nodes must collect transactions made by users and stored in a mempool, then add a blocking function to verify the digital signatures of those transactions. It then finds a valid hash for the math problem.

The mining node that first finds the hash will generate the new block, receive the reward and can then include all previously verified transactions in its block. In addition to the standard coinbase transaction – the creation of a new currency in exchange for bitcoin – the rewarded miner will also receive commissions from all included transactions. After a certain number of confirmations, the new coins are put into circulation. To become a bitcoin miner, special equipment and software are currently required to mine bitcoins.

These techniques include ASICs, FPGAs or GPUs. This allows people to use the resources of the equipment to perform complex mathematical calculations needed to solve a block. Once the puzzle is solved, he will be able to create a block, insert it into the blockchain and receive a reward of new coins and fees for all his efforts.

It is important to remember that this extraction process uses the SHA-256 hash function. It is important to note that there are two different types of hashing: one that converts any amount of data into a string of a certain size, known as a hash, and another that creates the same result without taking the data. It sounds simple, but in reality this task is difficult.

It is a random number with a very high value that is adjusted by the algorithm from time to time to increase or decrease the difficulty of the extraction. The goal is to ensure that the network is as secure as possible, which includes preventing others from manipulating it at will.

One of the main advantages of the bitcoin creation process is its security. At all times, the generation process runs cryptographic checks to ensure that nothing fraudulent or manipulative is done. The immutability of the blockchain has also been added. It is these features that make bitcoin the most secure digital currency to date.

How bitcoin is generated – the essence

Bitcoin is created in such a way as to produce new currencies in a fixed and predetermined way. The mining process is becoming increasingly competitive and profitable. As the number of miners in the network increases and additional blocks are discovered at a certain rate, the difficulty of the system increases. What does the increase in computing capacity and energy costs require?

The hash rate of a digital currency measures the difficulty of finding the next block as bitcoin miners try to solve complex mathematical problems. The mining algorithm also adjusts according to whether or not there is another block on the blockchain. As a result, with each new block generated, the coin production rate automatically decreases. This was deliberately planned by Satoshi Nakamoto, who specifies that there will only be around 21 million coins and that they will all be mined by 2140.

Currently, bitcoin miners receive 6.25 bitcoins for each block generated. In May 2024, the next bitcoin halving will occur, when this amount will be reduced to 3.125 BTC as part of the halving process that takes place every four years, until 21 million bitcoins are mined in total.